It was a gloomy afternoon when we arrived at Puerto Princesa International Airport of Palawan from Cebu. Palawan is known for the famous Puerto Princesa Underground River. We skipped the underground river and headed north of the island. Our destination, El Nido, is a couple of hours away.


El Nido is a small town located at the northern tip of Palawan. It is one of the top island, beach destinations in the Philippines for both local and foreign tourists. El Nido is known for its remote islands, pristine beaches and limestone cliff formations.


Where we stayed in El Nido
For our four nights in El Nido, we stayed at the Lualhati Cottages (contact no. 0999-994-1195). Since we were tight on the pocket, we opted to go for an accommodations away from the beach which are way more cheaper. From Lualhati, the main beach is just a 5 minute stroll away where most of the establishments (restaurants) are located. 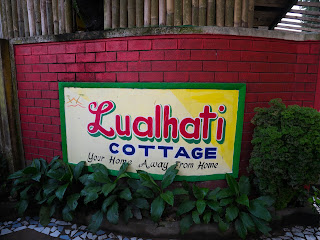 Other Blogs to Read